What is the Difference Between a Conservatory and An Orangery? 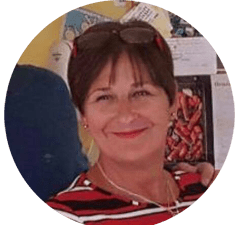 It can be difficult to separate a conservatory from an orangery at first glimpse or if you are looking at an image. They are built alike and people often use these terms interchangeably. However, these structures do have a major structural dissimilarity along with the common traits they share.

Thus one of the common questions that most architects come across from their clients is – what is the difference between a conservatory and an orangery? If you are planning to build one you must be aware of this difference as this will help you make a better choice.

In this post, we will talk about the architectural definition of conservatories and orangeries. Apart from this, we shall also offer you a detailed analysis of what are some of the common distinguishing elements that separate a conservatory from an orangery and also talk about the similarities in the structure.

Finally, we will help you make the right choice between a conservatory and an orangery based on your needs, budget and of course your taste and also throw some light on an orangery and conservatory cost.

What Is An Orangery?

If you are wondering why a structural extension of a property draws its name from a fruit we need to take you back in time. Orangeries first became popular in the 17th century when they were used by the wealthy to grow citrus trees inside a structure to protect them from the harsh cold and frost outside.

They were the old world greenhouses that were built and helped different species of fruits and other plants survive the harsh winters and bear fruit for an extended season.

The idea of building orangeries is said to have originated in Italy with the architects in Holland perfecting the structure. As the rich and the wealthy from all over Europe started travelling frequently in the latter part of the 17th-century orangeries became popular all over Europe and their popularity continues to this day.

Traditional orangeries were primarily brick structure as the use of glass as a primary construction material wasn’t much prevalent during those times. They had a glass roof which is known as the lantern and installed to let in the sun’s rays inside the orangery to help plants grow in extreme weather and also keep the space warm.

While plants and herbs continue to be grown inside orangeries, they are more of ornamental value compared to an earlier era where the wealthy would have boasted of having citrus fruits from their own garden where the general masses couldn’t lay their hands onto them.

As the prices of citrus fruits dropped and there was a supply of these fruits even during the harsh winter months the popularity of building one at home primarily to grow citrus fruits reduced.

Most wealthy people started treating orangeries as an extension of their living space and hence they started looking for adding to the comfort and beauty of this place with higher use of glazing. This is perhaps where the idea of a conservatory was born.

What Is A Conservatory?

Unlike an orangery, conservatories weren’t primarily built for growing fruits. While there are several fruits you can grow in a conservatory, these were conceived more as an extension of the living space in the home.

A conservatory is primarily a glass structure that is built as an extension of the living area and often referred to a glass cousin of orangeries. It has direct access to the living area of the property which wasn’t always the case in the past with orangeries.

It is interesting to note that the conservatories have imbibed some of the modern construction techniques as they came later when the use of glass became predominant given how readily it has been available for the past century.

Modern conservatories are almost entirely glass structures where you have large windows that allow the sunlight to get inside the room to keep it warm during the cold season.

Apart from the structural part of the conservatory which is made from wood or aluminium or uPVC to add to their structural strength, most of the surface area is made of glass which includes the roofs.

It is the glass roof that is the USP of conservatory and the reason most owners opt for it over an orangery.

Difference between Conservatory and Orangery

Now we come to the most interesting piece of our discussion about the difference between a conservatory and an orangery. In the modern era, the differences have diminished.

While in the past most people would build their orangery as an independent structure in their gardens (since it was primarily used for growing citrus fruits), in the modern era both conservatories and orangeries are built as an extension of the main structure.

The aim behind adding one to a property is the same and i.e. to extend the living space and add a distinctive well-lit and roomy area to the living space in the home instead of increasing the size of the living room by following normal architectural ideas.

In terms of construction, the roof is the distinguishing element between the two structures. Both these are usually built on solid concrete foundation wherein the orangery has a central glass lantern while the roof of the conservatories is made entirely from glass.

Traditional orangeries used to have more brick structure around the walls but these days most homeowners opt for large glass panels to maximize the use of natural heat and light. Conservatories, on the other hand, have larger glass panels which offer a greater view of nature outside.

In terms of materials used for the construction, timber, aluminium and uPVC are used in the construction of conservatories. As far as orangeries are concerned apart from brick we see timber being used as the preferred material of construction.

Though modern orangeries are also constructed with aluminium and uPVC these aren’t the first choice construction materials. Another construction style that separates the two is the kind of doors that are installed. While most orangeries have bi-fold doors in case of conservatories we see most owners and architects opt for patio doors.

Which One Should You Add To Your Home?

This is one question that often puts homeowners into a dilemma when they are planning to extend their living space. If budget is the only concern you have in mind you should have no doubt in opting for a conservatory as this would cost you less than an orangery.

This conservatory cost calculator will give you a fair idea on what you’d have to spend to add one to your existing structure. But as it is cheaper to add a conservatory compared to an orangery, it also adds less in terms of value to the property.

Orangeries have better insulation as solid materials are used during their construction which makes them comfortable throughout the year. If you are planning to spend most of your family time daily or want to use it as a reading area an, orangery would be a better option.

However, this isn’t a limiting factor for a conservatory as you can easily install conservatory heaters to keep the space during hard winter months.

If you have a beautiful garden outside, a conservatory will offer you a better view of the property. Also, conservatories offer you more décor options compared to a traditional orangery.

You can add to the décor of the large glass windows and also increase the privacy of the area using conservatory blinds. As there is no brick structure here blinds create a different look and feel inside a conservatory.

Another important thing to consider while making a decision between a conservatory and an orangery is with your plans on the use of this space. If you are looking to use it as a home office or extend your kitchen opting for an orangery would be a better idea as there is a more solid structure to play around with.

The lager wall surface in an orangery offers you more options in terms of installing your cabinetry, sink, kitchen appliances etc. However, if you are looking to treat it as a pure extension of the living space and want to soak in all the natural light you should have no doubts in your mind about going for a conservatory. Store in your books have your home theatre and you will be able to create the perfect relaxing environment.

Hence, your choice between a conservatory and orangery will have to be factored on your need, your taste and the budget you have at disposal. Value addition of the property shouldn’t be your primary concern if you don’t have immediate plans of selling it.

Your main thought should be to create a space that you and your family can enjoy and something that your existing living room doesn’t offer. There are several ways in which you will be able to add to the décor of this space such as adding chic conservatory chairs or growing ornate plants.

How much does an orangery cost?

As you can clearly see, an orangery adds to the value of your home and also to your lifestyle. If you are planning to have one at your home, the question that would immediately strike your mind is – how much is an orangery or how much would an average size orangery cost?

There are several factors that decide the cost of an orangery and at the lower end, you can add one to your property for £10,000 while there are homeowners who spend £100,000 or more on their orangery.

The main factors that decide the cost are size, shape and style of the orangery. As far as the size of the orangery is concerned, the smaller ones are around 4m x 4m and they go all the way up to 7mx7m.

You will need to decide upon the size based on the need. If you are thinking of installing lots of furniture and plants and also plan to use it more than the living area of your home you should opt for a medium or large-sized orangery.

For occasional uses, you can opt for small orangeries which would be friendly on your pocket. Here are some orangery/conservatory furniture ideas you can explore to determine the size you’d need.

To sum up, by now you have the basic idea of a conservatory and an orangery and also know their differences. Both are great additions to your living area as they offer you space which is distinctive from all other areas of your property.

If you are planning to take up a project you should get in touch with a company that specializes in constructing orangeries and conservatories. You need to share your ideas behind the space with them and they will come up with the right idea for the structure that would seamlessly blend with your existing living space and let you revitalise your lifestyle.

If you are looking for ideas on decorating a conservatory on a budget, these experts can help you.

How To Build a Conservatory

7 Ways To Make a Hammock Stand

How To Build a Garden Storage Bench